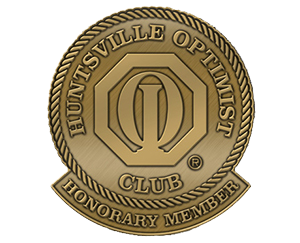 The Optimist Club of Huntsville "Honorary Member Award" is given to educators and community individuals who have made outstanding contributions in service to the youth in our community. The following individuals have been recipients of this award.